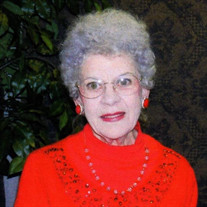 Griffith, Katie Lou Holcombe, age 87, of Chelsea, went home to our Lord and Savior on August 26, 2020. The visitation will be from 10:00 a.m. until 11:00 a.m., Monday, August 31, 2020 at Liberty Baptist Church. The funeral service will follow at 11:00 a.m. at the church with Dr. Tim Cox officiating. Burial will follow at Liberty Cemetery. She was a resident of St Martin’s in the Pines since Oct 2019, operated by the Episcopal Foundation of Jefferson County. Katie is survived by a sister, Martha Sue Holcombe Foster whose late husband was Benny Foster, and a brother Major (ret) Thomas C. Holcombe (nee Janie S. Chastain---deceased) and numerous nieces and nephews. She was preceded in death by her husband, Manget Griffith, and parents David Hampton Holcombe Sr., and mother, Theron E. Miner Holcombe, two brothers, David H. Holcombe Jr. (nee Elizabeth Farris) and Carl G. Holcombe Sr. (nee Margaret Oliver). Katie was born in Chelsea, Alabama July 8, 1933 and graduated from Vincent High School Class of 1953. Her training in the Navy began in Bainbridge, MA and San Diego, CA and then Nursing School in Colorado Springs, CO. She later lived in Chicago, New York and Denver. She was loved throughout life for her goodwill and kindness toward others and was always willing to help friends and neighbors alike. To her three brothers and two sisters Katie was the sister that went out from the family farm and made things happen. Katie had a vision for her life, as a part of that vision, she joined the United States Navy Aug 3, 1953 as a 112 pound 20 year old farm girl and ended up serving over seven years and ½ years in our nation’s naval service! Family members recall the negative reaction when Katie told her mom she planned to enter military service. Mom silently fumed; however, her dad totally supported the decision. Her Navy Recruit Training Company photograph is covered with farewell messages from shipmates; a couple of them read as follows: “I’m sure gonna miss that good harmonizing in the scrubhouse…You have been a swell shipmate.” Another said “To the sweetest gal in Alabama, I wish all the luck in the world.” Katie continued her military service with an occasional snippet from her mom until THE phone call…Katie on one end, dancing and exclaiming that her application for a scholarship in the Navy’s Nurse Training Program had been approved! Her mom’s attitude became positive as she bragged, a little, about Katie winning a scholarship to the University of Colorado’s Nursing School and beginning training in Sept 1956, graduating June 2, 1960. Katie wrote letters home and included photographs of the huge snows in Boulder, Colorado. Her mom would read the letters to her 4th Grade Class and show her students what life was really like “out west”. In March 2010, Katie traveled back to the University of Colorado for her 50 year Nursing School Class Reunion. Katie’s community service was legendary. In Sept 1970 she returned to her family roots in Chelsea, Alabama and began her teaching career at Shelby Elementary retiring after 16 years of service. Katie served as principal of Shelby Elementary the last two years of her teaching career. She continued her certification as a teacher via a Master of Education degree the University of Montevallo in August 1972. Katie met and later married Manget on Mar 10, 1973, a decorated WWII U.S. Marine Corps veteran. Her achievements include serving as a member of The Widows’ Might Program, coordinated at Liberty Baptist Church, which sends “soldier care packages” to military chaplains for distribution to our troops stationed overseas. She was a state certified Master Gardener, the skills of which she used for several years keeping flower beds around her church and the Chelsea City Hall neat and clean and full of blooms. Katie was a dedicated member of the local Gardening Club, calling themselves the “Dirt Diggers”, whose members literally dig flowers and shrubs out of each others’ lawns, yards and gardens for transplanting. She gave continuous support and participation to the National Arbor Day Program for the City of Chelsea whereby numerous trees and shrubs have been planted in our communities. In addition to all these activities, Katie was highly accomplished in Arts and Crafts, winning several awards honoring her work. She was widely known for making beautiful Raggedy Ann and Raggedy Andy dolls that will grace numerous homes and children’s lives for many years. In looking at Katie’s life, may we remember the consoling words of Paul the Apostle from First Corinthians, Chap 15: “Where, O death is your victory? Where, O death is your sting? But thanks be to God! He gives us the victory through our Lord Jesus Christ.” Katie’s family requests continued prayer for wisdom as they deal with the passing of our dear sister, aunt, and friend of all who knew her. We have lost one of the best friends a person could ever have. Condolences may be added the Bolton Funeral Home website. The family requests that any donations be made to each individual’s local church in support of local and international missions---an important ministry in Katie’s life.

The family of Katie Lou Griffith created this Life Tributes page to make it easy to share your memories.

Send flowers to the Griffith family.