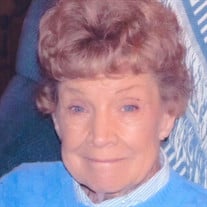 Norvell, Mary, age 87 of Birmingham, passed away on October 18, 2020. She was born in Atlanta, GA on September 27, 1933. After high school, she worked as a bookkeeper for Muse’s Clothing store in downtown Atlanta. She met Buster Norvell at a coffee house where they both took breaks. After they married, they moved to Albany, GA where Mary was a Sunday school teacher at St. Paul’s Episcopal Church. She also served as a leader for both Girl Scout and Brownie Scout troops. The family moved to Raleigh, NC where she served in outreach programs, including Meals on Wheels, for St. Timothy’s Episcopal Church. In addition, she served as President of the St. Anne’s Chapter of St. Timothy’s. In 1984 the family moved to Birmingham, AL where they have resided since. Mary had the biggest heart, one that never met a stranger, filled with God’s love. She shared that love with anyone and everyone. Mary was preceded in death by her parents Charles A. Mullinax and Susie Mullinax; grandson: Koa Vicens; son in law: Ralph Vicens; sisters: Betty Abercrombie and Charlotte Wood; brother: Tony Mullinax. She is survived by her husband of 66 years Marvin B. Norvell, Jr., daughters: Susan Vicens, Kim Norvell and Angela Ridlehoover and son in law Brian Ridlehoover. A loving mother, grandmother and Alabama football fan, with a direct line to Jesus, a lifelong partner and friend to Dad. For 66 years they built a beautiful life. God blessed them and made them glad. In lieu of flowers, a donation to Down Syndrome Alabama or Expect Care Hospice, or your favorite charity, would be appreciated. A memorial service will be held at a later date. Please sign online condolences at www.boltonfuneralhome.com.

Norvell, Mary, age 87 of Birmingham, passed away on October 18, 2020. She was born in Atlanta, GA on September 27, 1933. After high school, she worked as a bookkeeper for Muse&#8217;s Clothing store in downtown Atlanta. She met Buster Norvell... View Obituary & Service Information

The family of Mary Norvell created this Life Tributes page to make it easy to share your memories.

Send flowers to the Norvell family.